Oliver & I visited Birmingham Register Office to register Charlie's birth (Charlie had to stay at home because he is still poorly). He is now officially called Charlie William Thomas and appears in the family tree.
Posted by Dave Thomas at 22:07 No comments:

We took Charlie back to the hospital this afternoon as his breathing had become laboured. They x-rayed his chest and ruled out Pneumonia and offered to keep him in over night (although they had no beds at that hospital) but we chose to take him home and monitor him ourselves.
Posted by Dave Thomas at 19:20 No comments:

Oliver & Harvey at the Nature Centre

Oliver and Harvey went to Birmingham Nature Centre this morning for 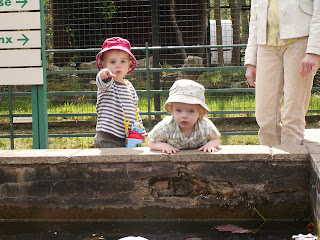 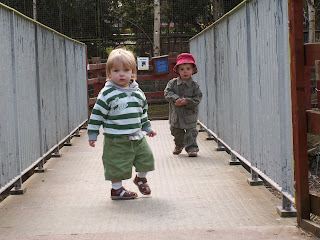 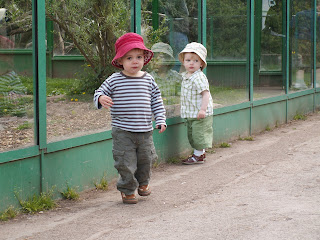 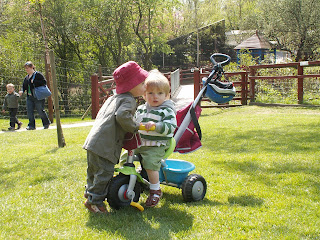 Ahhhh!!!! Charlie now has Chicken Pox. The first spots appeared yesterday but only when one of them turned into water filled blister over night did we think it was Chicken Pox. We took him to Birmingham Children's Hospital this morning and they confirmed it. We need to keep an eye on his temperature and for any signs of other infections.
Posted by Dave Thomas at 12:16 No comments:

This week, whilst I have still been on paternity leave from work the weather has been great and we have been on a few days out. Charlie doesn't see much as he still spends most of his time asleep in the pushchair, but Oliver's enjoyed himself.

On Monday we went to Birmingham Botanical Gardens.

On Saturday we went to Twycross Zoo. 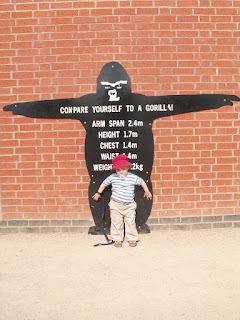 Oliver compared to an average gorilla. 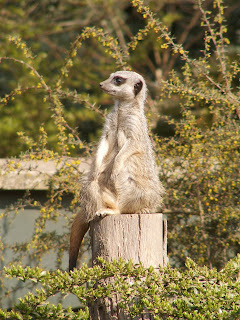 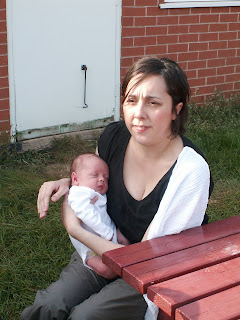 
Cathryn & Oliver on a death-defying ride.
Posted by Dave Thomas at 23:15 No comments:

Email ThisBlogThis!Share to TwitterShare to FacebookShare to Pinterest
Labels: Charlie, Days Out, Oliver 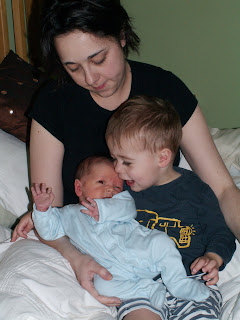 We finally let Oliver hold Charlie as the contageous period for his Chicken Pox is over.
Posted by Dave Thomas at 21:48 No comments:

We think that Oliver's Chicken Pox has reached its height. We est

imate that he has about 60 spots and they don't seem to be itching at all. We now need to wait until they have all scabbed over before the infectious period is over.

Email ThisBlogThis!Share to TwitterShare to FacebookShare to Pinterest
Labels: Oliver 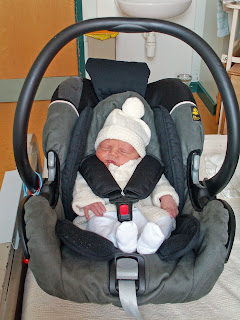 Chicken Pox is very dangerous in newborn babies but because Cathryn had it as a child she now has lifetime immunity and will have temporarily passed this on to Charlie. However, we have had different opinions from everyone we ask about how long this passed-on immunity will last for and whether we should keep the babies apart. I have even posted a question on Yahoo! Answer 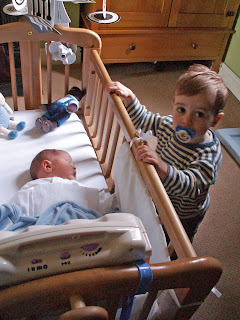 s and again received different opinions. It is pretty much impossible to keep the babies totally separate but we are taking precautions.

[Check out the simularity between Charlie (in the photo above) and Oliver in this photo.]
Posted by Dave Thomas at 22:03 No comments:

Charlie is much better and Cathryn has been told that they should be able to come home tomorrow. Charlie passed his hearing test today (the same test that Oliver initially failed and gave us a couple of days of worry). He has become very slightly Jaundiced but the nurses say it is nothing to worry about.

However, things have got harder as Oliver has been diagnosed with Chicken Pox! He had a couple of spots yesterday and we kept him away from Charlie as a precaution but I took him to the out of hours doctor today who confirmed our fears and told me that Oliver cannot go to the hospital to see his mum or new brother! Charlie was born with some immunity for a short period (as Cathryn had Chicken Pox as a child) and will be safe from this outbreak but obviously there may be some babies on the ward that do not have this immunity and therefore Oliver must stay away. Cathryn is really missing him. Friends and family have been really good and I have managed to get Oliver looked after very easily so I can visit the hosptial - thanks to Linda, Fred, Lisa & Garry for their help.

Oliver does not appear off colour, and apart from a couple of spots/blisters on his neck you would not know there was anything wrong with him.
Posted by Dave Thomas at 21:46 No comments: